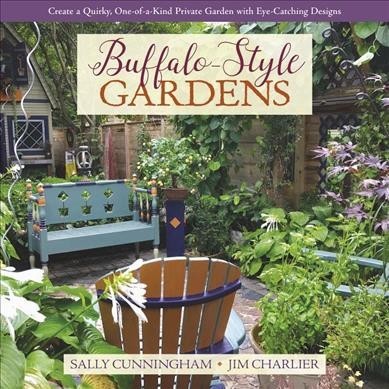 It had to happen – a book about the Buffalo-Style Gardens that have become the talk of the gardening world, especially among garden writers.

And it had to be the work of Buffalo’s most vocal promoters of Buffalo gardens – the writer Sally Cunningham and the writer/photographer Jim Charlier, published by St. Lynn’s Press in Pittsburgh.

To Enter the Give-away

Comment until close of business next Friday (2/15). I’ll pick one at random a week from today and email the winner.

I’ve browsed Buffalo-Style Gardens enough to see a few familiar gardens and even some familiar faces, which just made me want to see more. 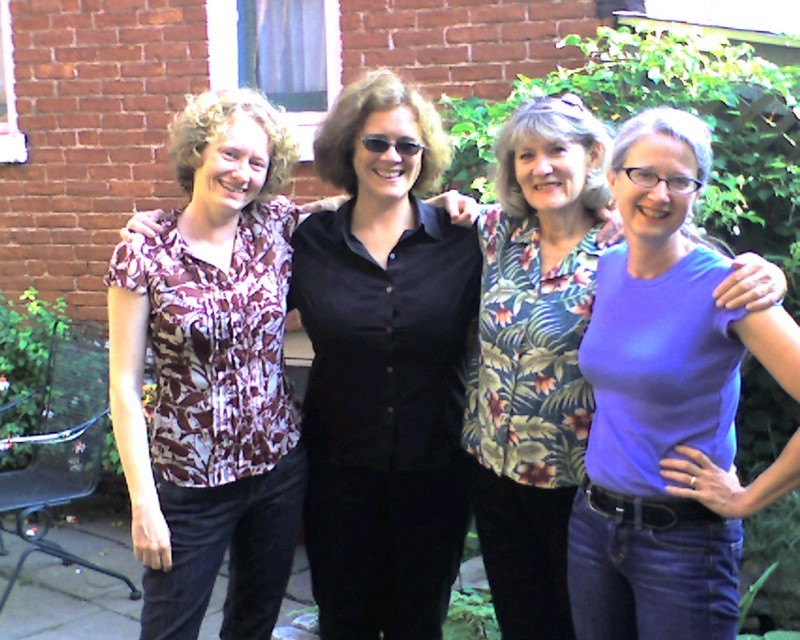 My times in Buffalo begin when the the four original or almost original GardenRanters had our first meet-up there, having decided to all attend and promote the 2007 Garden Walk that’s we’d loved reading about in Elizabeth’s posts. In fact it was her writing about the Walk that prompted us to ask her to join us just six months after the blog launched. 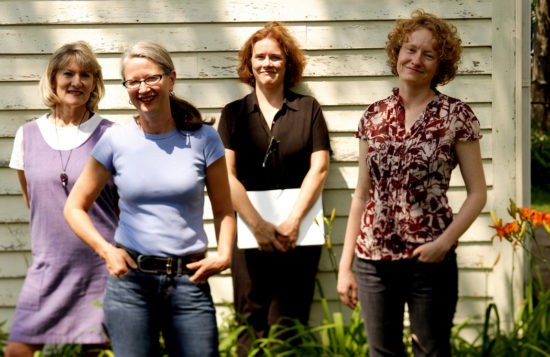 I love the photo above with, from left, Amy Stewart, Elizabeth Licata, me, and Michele Owens in Elizabeth’s garden but as for details about the partying that went on that weekend, what happens in Buffalo should probably stay in Buffalo.

On a more professional note, we hired a real photographer – K.C. Kratt – to do some official group portraits. This one ran on the site for a long time and illustrated an article in a Washington Post called “Feisty Women Win Raves for Their Rants.” (Good times!)

Now for some of my favorite Buffalo garden shots from my three visits to Buffalo, all in mid- to late summer. Yes, I returned every chance I got to hang out with gardeners there – for the garden Blogger Fling in 2010 and the Garden Writers Association’s big annual conference in 2017. 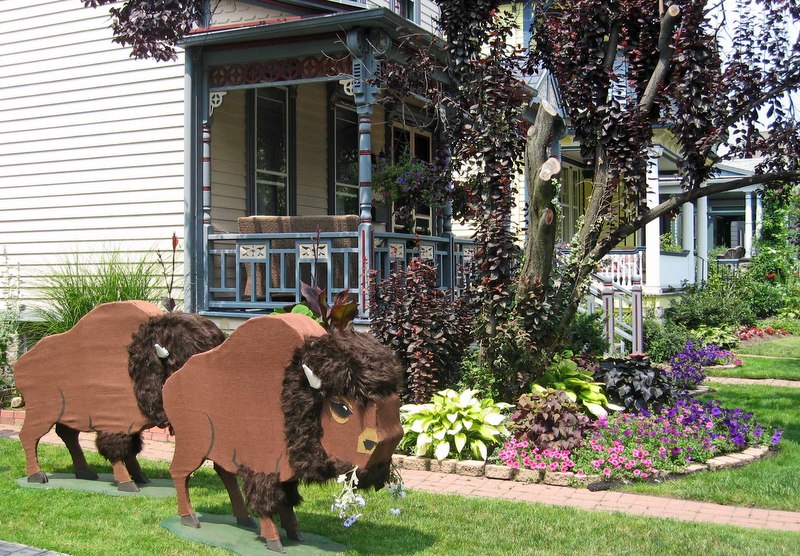 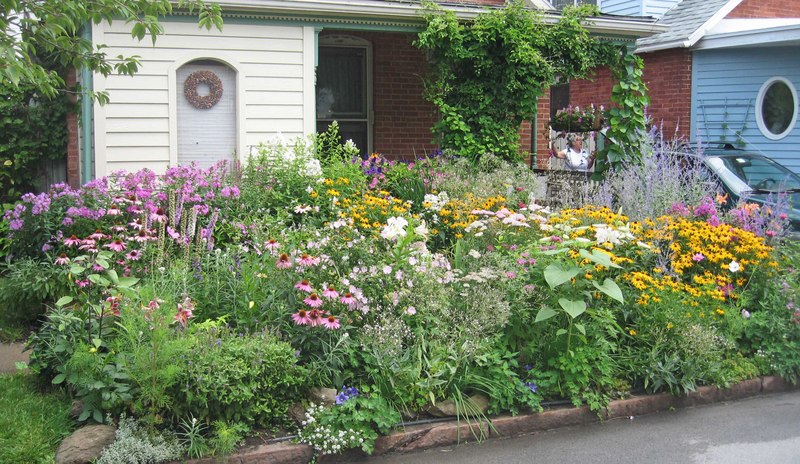 Above, one of the most photographed gardens in the city, in the heart of the Cottage District. 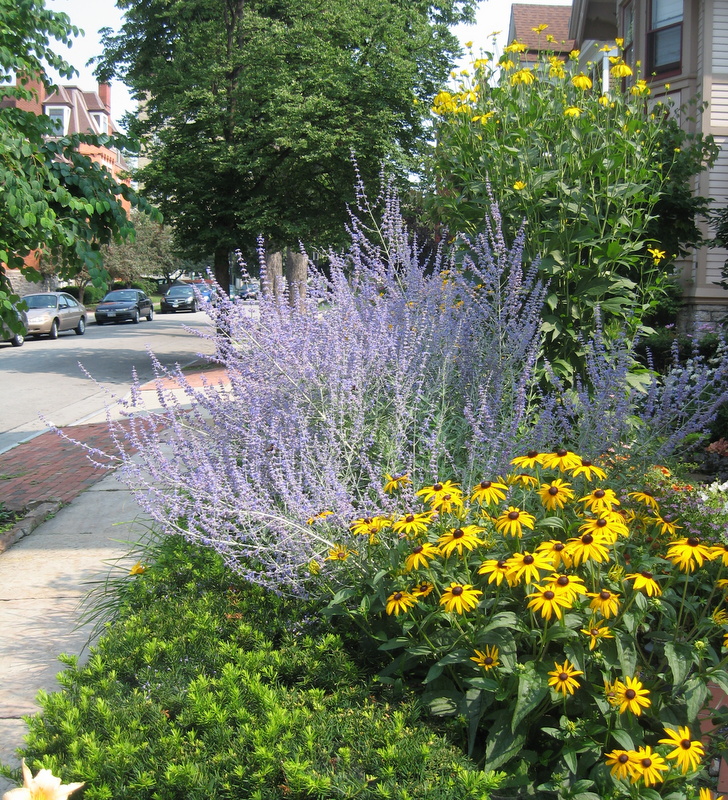 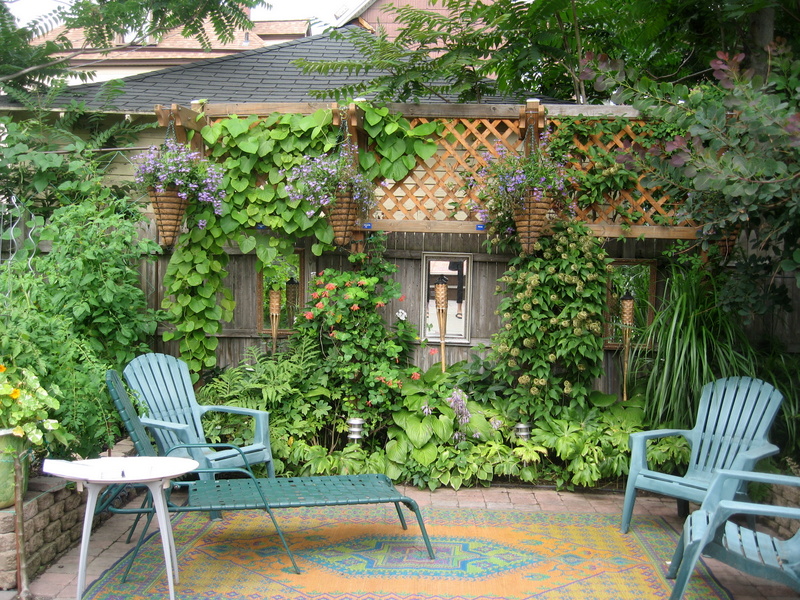 This view of Jim Charlier’s garden is almost as famous as his shed, which in the forward to this book he claims to love almost as much as he loves his daughter (but don’t ask by how much). 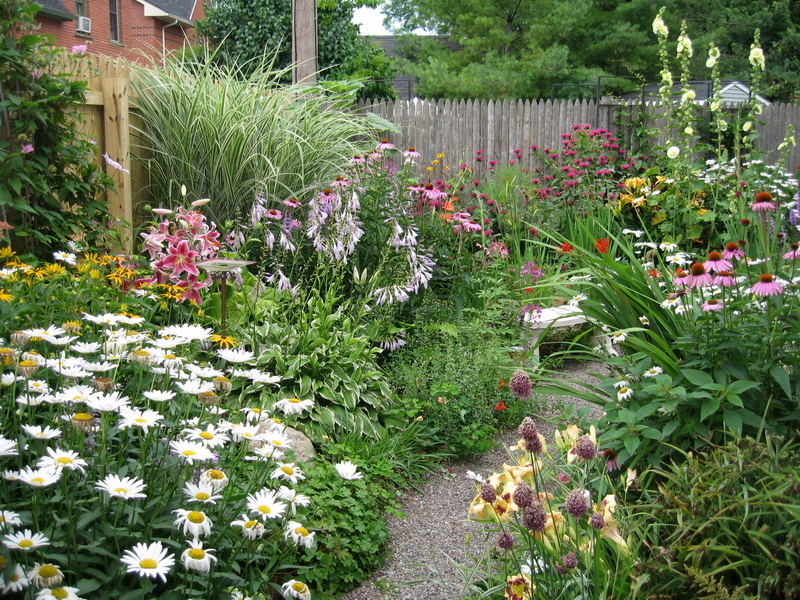 Above and below, the garden at a hospice facility, if memory serves. 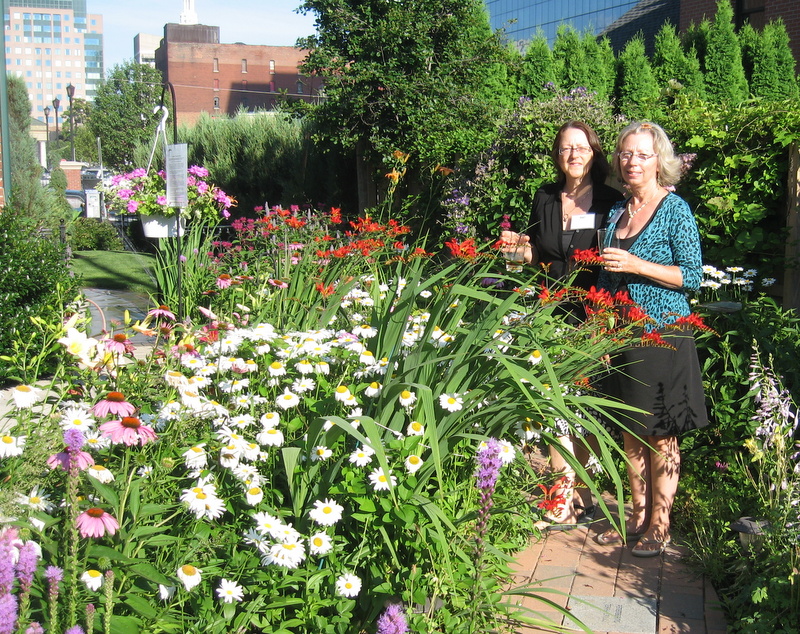 Having seen it in 2007, during the 2010 Fling I dragged bloggers Gail Eichelberger and Frances G. to the garden, cocktails in hand. They loved it, too. 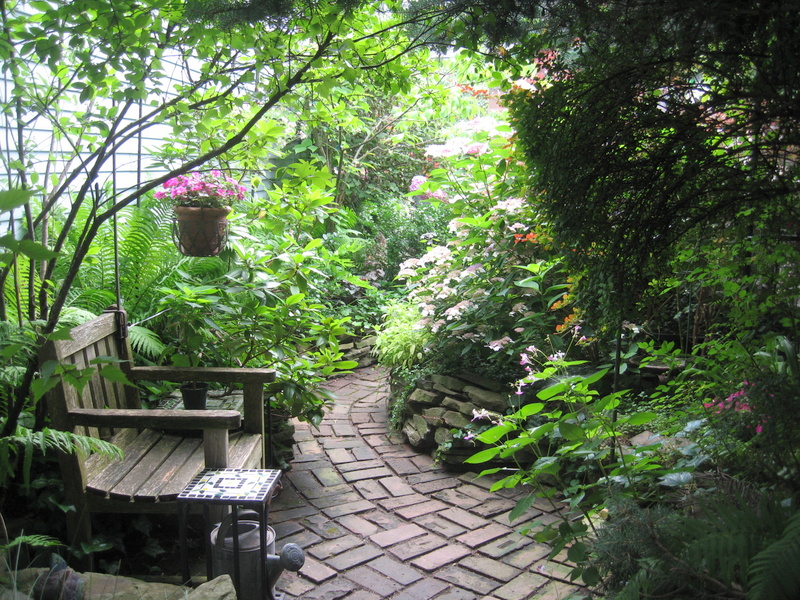 Above and below, it’s hard to believe these gardens are in the middle of a city. 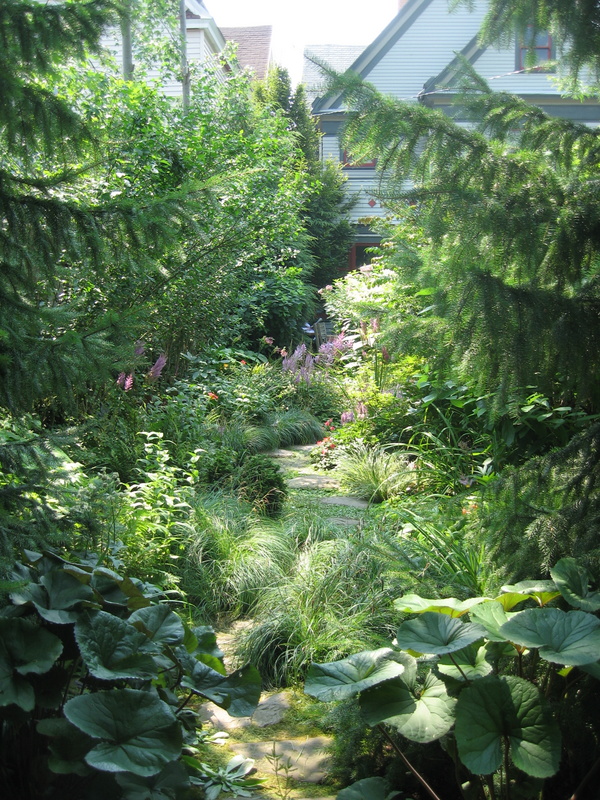 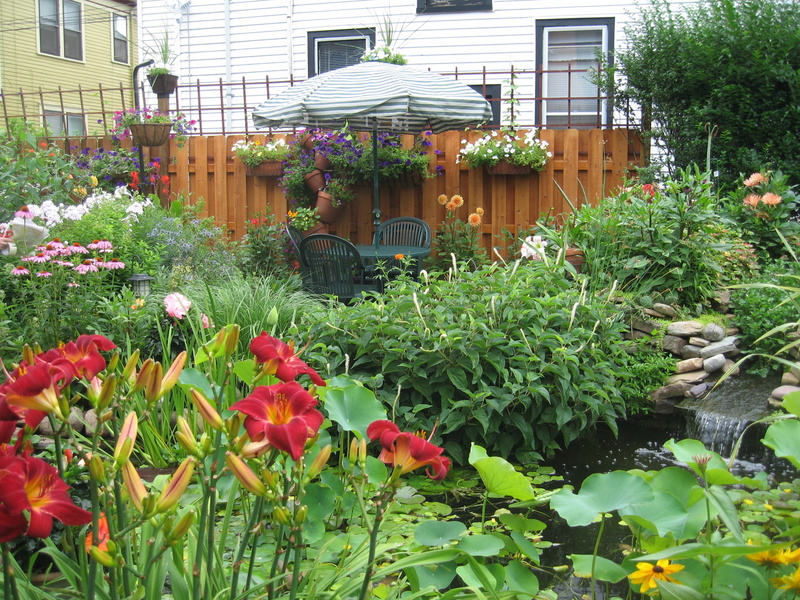 My favorite thing about Buffalo gardens? They’re jam-packed with plants, water features and spots for socializing. 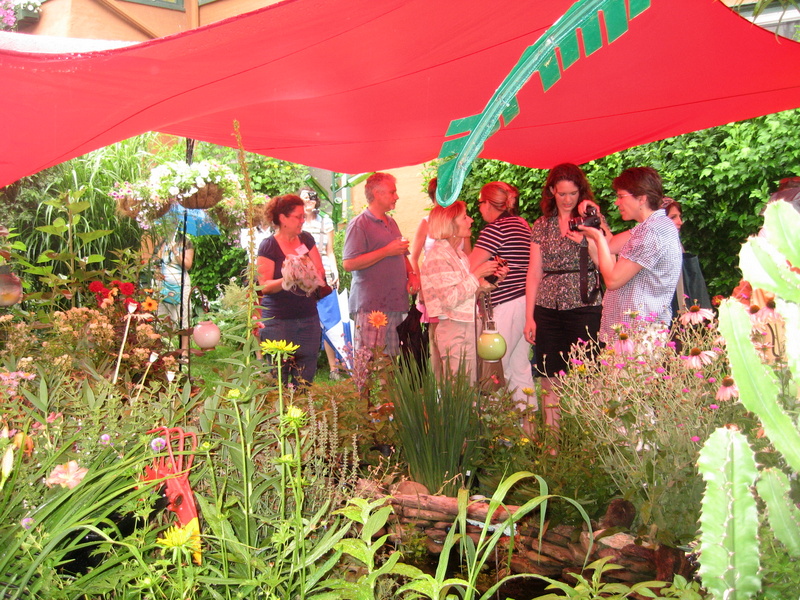 As I remember it, this garden has a bar, Tiki torches and protection from sun and rain. So despite summer showers, the partying goes on. That’s Jim Charlier in the very center, cocktail in hand.

Lordy, these photos are making me long for summer and for the garden parties that Buffaloans do best.

Vælg i Have Arkivet